Hevvy's HNS submersible slurry pump exceeded the refinery's expectations: managing to pump a much higher concentration of solids and running for over 18 months with 0 issue or even the need for pulling the pump for inspection. 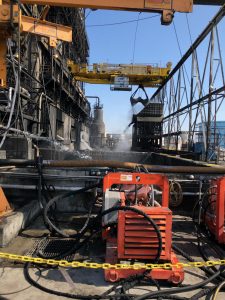 A major American petroleum company had an issue in one of their refineries with a previously installed submersible pumping solution which was powered by a stationary, electrically-driven hydraulic power pack. The submersible pumps they were using could not handle the amount of solids present at times and this was leading to clogging as well as accelerated pump wear.

Typically, a coker maze cooling pit serves as a location for coke to cool down after being ejected from the maze. The hot vapor that is injected into the maze is heated to 1000°F and condenses into very hot water when the coke is poured into the pit. 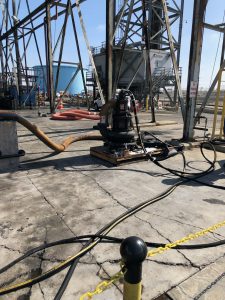 This water then drains into an adjacent pit to then be recycled for plant water. In this case, the cooling pit contains mainly hot water (at a temperature of 200°F) but also a variable amount of coke that inevitably passes from the cooling pit to the adjacent pit. It is from this pit that the water needs to be pumped back to the plant recycler.

In a hot application, even an electric submersible pump electric specially designed to withstand the fluid’s higher temperature will offer a limited performance with a low flow and low head.

Hydraulically-driven pumps are free of this restriction as both the motor and the pump are decoupled which allows for the pump to operate at a much higher temperature than its electric counterpart would. 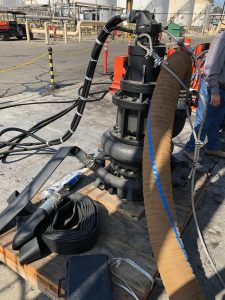 Another benefit of hydraulically-powered pumps is that they are intrinsically safe with no possibility for a spark which is an asset when used in refineries.

Hevvy/Toyo’s engineering team came up with a solution that utilized the existing power pack to both facilitate the installation of a heavy-duty HNS submersible slurry pump and also take advantage of the inherent benefits provided by a hydraulic set up can in these hot applications. With a wet end designed with a larger passageway able to handle slurries with solids up to 70% by weight and its patented positive pressure sealing system a HNS-D30B-D-80H/4-HC-HY pump was chosen.

The existing 25 feet hydraulic line was long enough to give the necessary amount of time for the hydraulic oil to cool down before reaching the power pack. After installation, Hevvy's HNS submersible slurry pump exceeded the refinery's expectations: managing to pump a much higher concentration of solids content than their previous pumping solution and running for over 18 months with 0 issue or even the need for pulling the pump for inspection.

Partner of the Oil & Gas Industry

Most Used Products in the Oil and Gas Industry 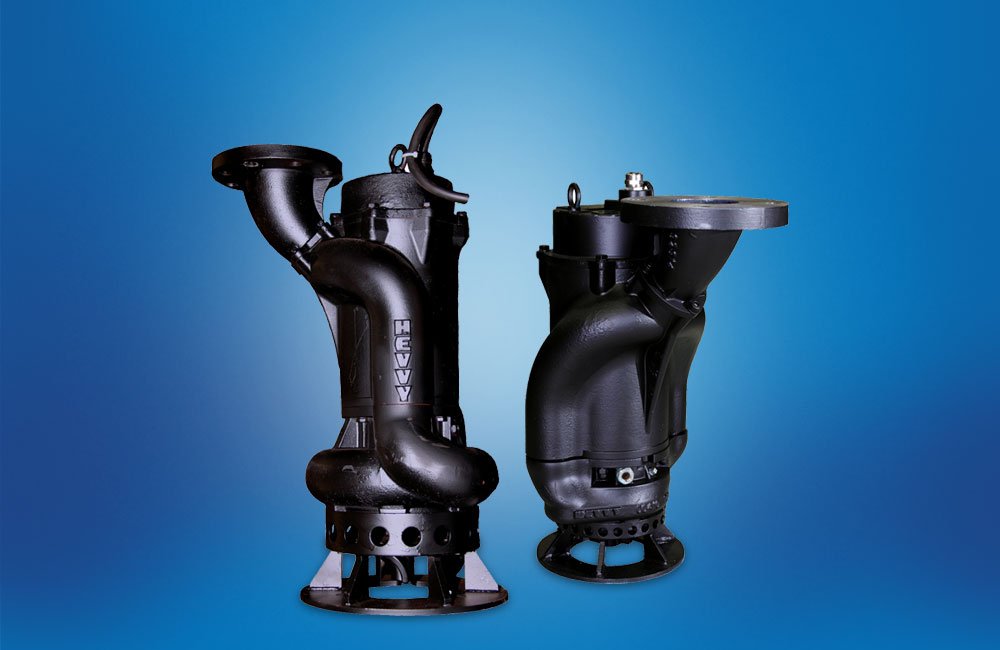 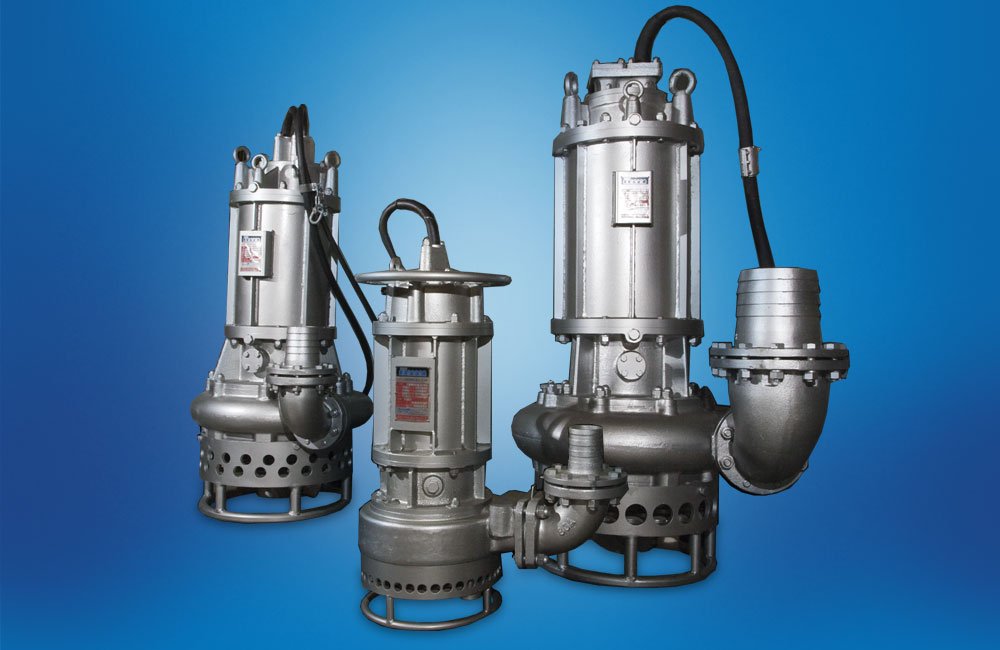