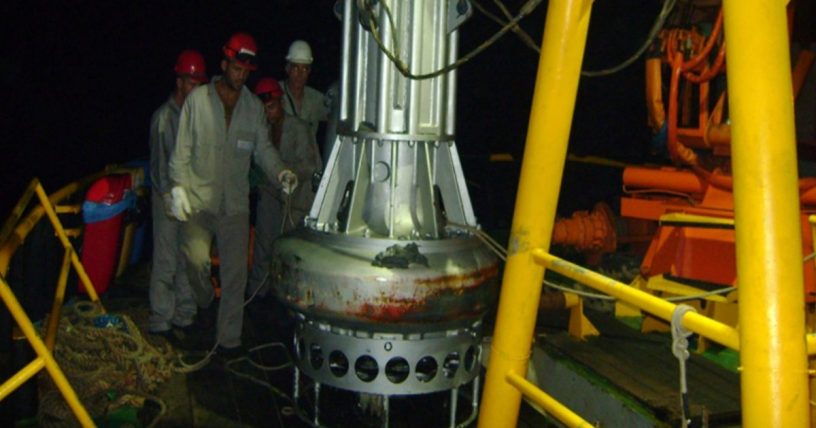 Over the holidays my son asked me if I had ever been on an oil drill rig. In enlightening him as to what his old man did in the 80s I realized the story might me interesting to others, so here goes. 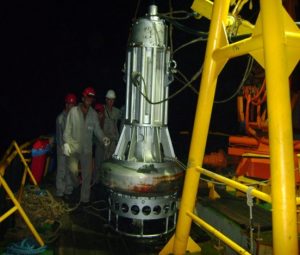 It started with a telephone call from a purchasing engineer with the Gulf Canada Resources. He was interested in the “biggest sand pump” we could immediately supply to Gulf Oil. On describing the DP-150B , which was the largest pump in stock at that time. He replied good and could I put it on a plane today to Inuvik NWT, then get a helicopter lined up to fly it to a drill rig. I explained that the only plane we knew of that could carry a pump of that size was a very expensive C-130 Hercules and a helicopter was another issue. His answer was very short, “budget unlimited, we are in danger of losing a billion dollar drill rig so get on it.”

Andy, our brilliant logistics expert, got the C-130 figured out and started making calls for a chopper. The largest helicopter currently stationed in the Arctic was an older Sikorsky but it could only lift about 5500 lbs. We would have to fly it in pieces from Inuvik to the rig and assemble it on site. By nightfall the pump was in a C-130 and I was on a standard commercial flight with as many tools as I could carry, both headed to Inuvik .

The next morning I stripped the entire wet end off the pump but avoided tearing into the sealed motor section. The helicopter crew were also up early and had gutted the chopper to remove as much weight as possible. No one knew the exact weight of the main motor unit so the pilot said lets find out if we can lift it! The attempt failed, the load just hopped and the pilot had to abandon the lift. During the ensuing discussion I asked the pilot if it was true that helicopters gained lift with forward speed and if so we could lay the 500 lbs power cord out on the runway and drag it until lift was gained. He replied “good plan but as I flare out at the rig I will loose lift and I will be dropping that pump whether I am over the landing pad or not.” Fifteen minutes later I watched as a pump flew down the runway at an elevation of 10 ft with the electrical cord sliding along behind like a big wet noodle.

The chopper returned about 90 minutes later. Pilot had done his job well! The ground crew was waiting with the balance of the pump loaded into a cargo net and I had been dressed in a flight suit and helmet. Apparently the helicopter was not allowed to carry a passenger with a sling load underneath and I was to be smuggled on board as the navigator. No time for another trip or for that matter, any rules.

On arrival at the rig I was met by the rig captain. He told me if I was asked questions about helicopter rides, that I was to confirm that I had come in on a special Jet Ranger flight that AM. I was also going to get a 5 minute briefing and be asked to go to work immediately. The rig is on 24 hr notice to abandon the platform but all safety training and formal orientation would take place after the pump was up and running.

The quick briefing explained that this rig was named the Molikpaq and it was actually a mobile island. The island was basically a large hollow steel donut, or “caisson” , with a drill structure constructed over the center hole. When a site was selected a dredge would dress the sea bed forming an underwater berm and then the Molikpaq would be floated over that site and the hollow donut/caisson flooded. When the Molikpaq was firmly sitting on the sea floor a dredge would fill the center with sand. Small explosive charges would then be embedded in the sand and would compact or densify the sand, thus forming a stable island that could deflect the winter ice pack as it impacted the rig

When it was time to move the rig to another location four sand pumps would be lowered into the sand core to remove the sand, water pumps would then pump out the caisson and the rig could  be floated to a new site. However, if during the sand removal stage the sand pumps failed with half the sand core, the Molikpaq could not be refloated and it would be destroyed if the receding ice pack reversed course and impacted the rig.

With the pack ice visible in the distance and four broken competitors pumps no more need be said.  This was serious!!

Working with the midnight sun, a rig mechanic and I reassembled the DP-150B , installed it, and got it fully operational. With endless daylight we set about making one good pump out of the broken ones on site . After 36 hrs with no sleep we had two operational pumps and  I was rewarded with a private room and told to sleep as long as I wanted. 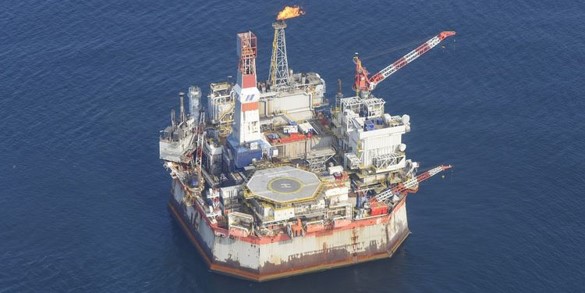 When I finally awoke I took my safety training and orientation. The captain asked me to stay on board as their guest for the day and when they were finally comfortable with the situation he arranged for the Bell Ranger to come and pick me up. He asked if there was anything he could do in appreciation of coming to their rescue.  I asked if the pilot could hesitate as we departed so I could get a picture for the scrap book, the Captain replied of course.  On departure they put a safety harness on me and strapped me to the seat.  At about 500 ft I found out why the harness! The copilot opened the side door, the pilot asked if I had my camera ready and then rolled the chopper on to its side.  I got a clear shot of the Molikpaq  but it was a little terrifying to put it mildly.

The flight back to Inuvik was uneventful except it seemed a bit strange  that we flew the whole way at about 50ft off the deck. I had always been told that helicopter pilots flew at altitudes of over 1000 ft so they could auto-rotate into a safe landing if they had an engine failure. On arrival the copilot walked me in as Frank the pilot shut down the chopper. Curiosity got the better of me, so I asked the copilot about the flight altitude. He said I was correct about the auto-rotation but a safe landing in the Arctic ocean just means that you will freeze to death before help can arrive, so its better to die in the crash. The main reason however is that Frank is an ex Vietnam gunship pilot and a bit different, he still believes he is vulnerable to surface to air missiles if he is flying at over 50ft.