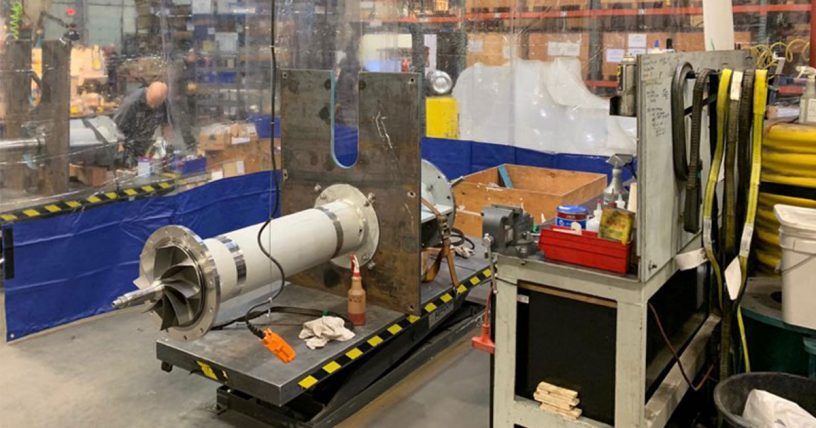 I was recently asked to investigate a vibration in a vertical cantilever pump. The client had recently rebuilt the pump and was wondering what he had missed or done wrong. In the absence of any vibration monitoring equipment, we resorted to physical checks.

With the pump out of the sump, we carefully rotated the shaft and there was no evidence of any damage so we proceeded to remove the wet end. With the whole wet end off we again rotated the shaft assembly and it seemed solid and a check of the impeller journal confirmed only 2 thou run out, not the problem.

We checked the impeller and wear plates for witness marks but there was no indication of anything rubbing. During the inspection of the impeller, I did however notice an absence of any balance marks. As we were looking it also became clear it was not an OEM part. A local shop agreed to do a static check on the impeller for us and “bingo”, it was way out.

I suggested a “proper dynamic balancing” be performed. The client was unfamiliar with what I was suggesting so after an explanation and a few days with the impeller at a balancing shop the pump was reassembled and ran perfectly.

Today I thought I would share with you a summary of what I discussed with the client regarding the different types of balancing.

An imbalance in a rotating component is often the cause of excessive vibration within machinery. 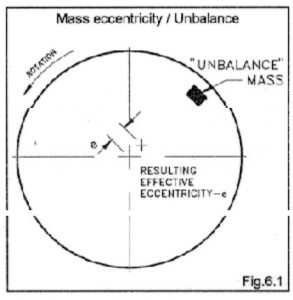 This vibration can cause unacceptable levels of noise and more importantly will substantially reduce the life of shaft bearings. It would be ideal to remove all causes of vibration and for the assembly to run totally “smooth”. Unfortunately, in practice, the ideal cannot be achieved and whatever one does some inherent cause of vibration or unbalance will remain.

Hence, the best one can do is to reduce this unbalance to a level that will not adversely affect the bearing life and will reduce noise levels to an acceptable level. Some pump specifications call for all rotating components to be balanced. However due to the mass of an impeller, and the fact that it is a cast component, all specs should as a minimum require this component to have some type of balance performed. 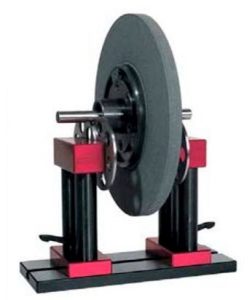 The simplest form of static balance involves placing the unit on low friction bearings and allowing it to rotate and “settle” with the “heaviest” point falling to the bottom. Material is then removed from this point (or added at the top point) and the unit gently rotated until, when stopping, the new “heavy” point again falls to the bottom. This process is then repeated until no obvious “heavy” point seems to exist. 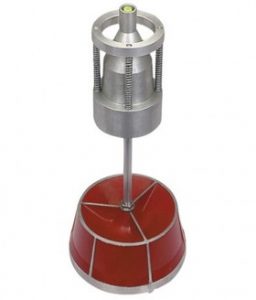 The equipment required for a static balance is minimal and can be performed by staff with little to no training.

A simple variant of the static balancer was the bubble balancer, used in small tire shops up until about 1970.

If a component with an offset mass (out of balance) is rotated or spun, centrifugal force increases the effect of the offset mass. Therefore, when we spin a component that has an offset mass we can in effect amplify the readings and therefore identify very small amounts of imbalance. This allows for a finer balance.

A machine that has a bearing connected to sensors (displacement or acceleration sensors) can detect the “heavy” point, in relation to a datum on the unit, while it is being rotated. 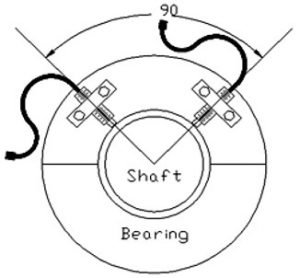 With two sensors on a single bearing, a computer can calculate the location and magnitude of the imbalance.

It should be noted that it is not necessary to rotate the shaft at the final operating speed. It just has to be rotated fast enough to “exaggerate the imbalance”.

The basic type of dynamic balancer can only measure the out-of-balance in a single plane. It, like the static balancer, measures the overall balance of the assembly. However, it cannot detect separate imbalances at each end that cancel each other out.

Objects such as pump shafts where there is a significant length to deal with may have an overall balance, but offsetting imbalances could still create loads that will be detrimental to bearings.

The assembly has an overall balance, but the offsetting imbalances still create loads that will be detrimental to bearings.

A “Dual Plane” or “Multi-Plane“ dynamic balancer overcomes the shortcomings of the single plane balancer. These machines have two sets of sensors, one on each of the bearing pedestals. This allows the unbalance at each end (the two planes) to be independently identified, and thus corrected independently. 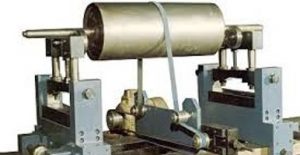 Electronics within the balancers control box can calculate the magnitude of the weights required at any two convenient positions along the length of the unit ( relative to the running bearings ).  For many types of rotating assemblies, these locations would be at the far ends.

In the case of very long units, more than two planes can be considered, although this is rarely an advantage unless the unit is to run at speeds above its first critical speed (“Super-Critical”). Similarly, the single plane is usually sufficient for very short components such as impellers.

ISO (International Standards Organization) has established various levels of balance and is often used to describe or specify a particular grade of balance. That however is a subject for another day.