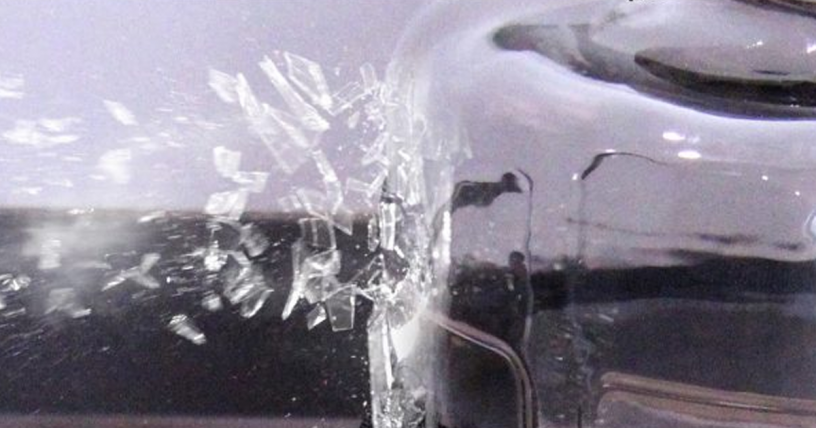 Our blog on “Total Discharge Recirculation” mentioned thermal shock as a destructive force that can damage or destroy pump components.  With how destructive this force can be, I thought it necessary to spend some time expanding upon this subject.

What does thermal Shock mean in pumps?

Wikipedia explains that thermal shock occurs when a thermal gradient causes different parts of an object to expand by different amounts.

This differential in expansion can be understood in terms of stress. At some point, this stress can exceed the strength of the material, causing a crack to form.

What happened is the thin upper section of the glass expanded or contracted far more rapidly than the thick bottom section did. The different expansion rates and the lack of ductility resulted in a build up of stress which caused the glass to crack. In this case, a rapid change in temperature from an external source applied uniformly over an object that had distinct changes in sectional areas resulted in a failure.

Why does thermal shock occur in pumps?

Thermal shock also occurs when a rapid cooling or heating occurs in only one location within an object  regardless of sectional area.  An example of this type of thermal shock would be the rapid heating of just an impeller hub with a torch to free it from pump shaft. The stress occurs as the hub expands while the impeller shrouds remain cool and stable. When working with hard, less ductile materials this often results in structural failure and can pose a significant safety issue.

What creates thermal shock in a pump?

There are three events that commonly create thermal shock in a pump when looking specifically at pump operations:

1.)  Introducing cold liquid into a hot pump following a total recirculation event. This frequently damages the volute or the mechanical seal faces, however other components are also at risk.  The harder the material the higher the risk.

3.)  Introducing cool liquid into pump with certain styles of mechanical seals immediately following a period of dry running. Hard face seals with no auxiliary cooling source can be damaged after a dry run of less than half a minute.

How can I prevent thermal shock in a pump?

Avoiding thermal shock is painfully simple: a.) don’t dry run a pump with some styles of mechanical seals and b.) don’t introduce liquids into the pump that are vastly different in temperature from the pump components.

How to fix thermal shock in a pump?

If you work with pumps long enough, sooner or later you will run into a pump that has been operated in a total recirculation mode. The question at that point is how do we rectify the problem. Generally the following actions should take place:

1.) Shut the pump down as quickly as is safely possible (do not alleviate the blockage on the pump discharge while it is still running).

2.)  Remove the blockage in the discharge and allow the pump to naturally cool to a temperature close to that of the pumping medium before restarting.

If a valve closure was the source of the blockage, an alternative procedure would be to slightly crack the offending valve open and use the inlet water to assist in the cooling process.

***Caution, this is a very risky procedure and not recommended.***

If thermal shock actually results in pump damage depends on the amount/rate of temperature change, the relative sectional areas, and the ductility of the materials involved.

Next blog we will discuss ductility and why it is important in the selection of materials for pumps.